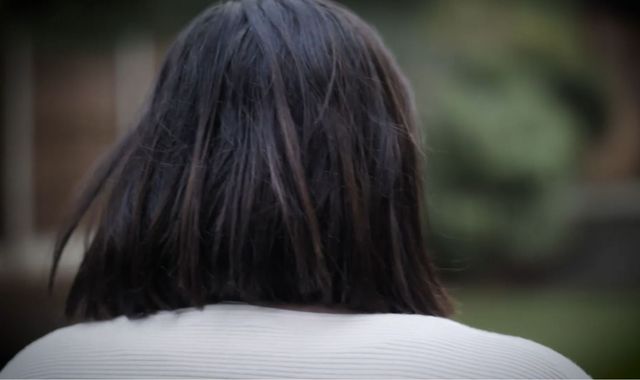 A young woman who says she was “raped and sold” in Hull has not been interviewed by police, despite a high-profile two-year investigation into grooming gangs in the area.

Kate (not her real name) claims to be the victim of a gang of sex abusers in the East Yorkshire city.

Police did not recognise her name when it was provided by Sky News with her permission, although other alleged victims in the case say they were told of her.

Her testimony could reopen a case that has stalled after police failed to find enough evidence to support claims by other women in Hull.

Kate told Sky News: “I ended up in Hull because of a gang of individuals who were trafficking me for sexual exploitation.

“The place I remember most was Hessle Foreshore.

“I just remember being in the back of cars – just being raped and sold.”

Hessle Foreshore is somewhere other girls mention as a location for the abuse.

Kate also names some of the same individuals said to have been involved in the abuse that have been mentioned by other alleged victims.

Kate says she was around the age of 15 when she was first trafficked to Hull but it continued for a number of years.

It comes after two other alleged victims who lived locally told Sky News they were abused as teenagers, including one who was just 13.

Sarah and Anna (not their real names) were both at the centre of Operation Marksman, a two-year investigation by Humberside Police, which folded earlier this year without any charges.

If Kate’s claims are true, it adds another dimension to the case and raises questions about the scale of the problem.

She says she was taken to several other cities as well.

“The only way I can describe it is different hubs,” Kate told Sky News.

“So, you would have a local group in one area, but they were networked in with other people in other areas.

“So, what they would do is they’d swap girls – and you’d be that group for say the night and then you’d go back to yours – but there were common people throughout them all.”

Kate says she is still considering whether to talk to the police.

It was a personal risk for the other women to come forward and they provided additional evidence; diaries and school accounts, Snapchats and photos that support claims they were threatened, beaten, and strangled.

Some of them said they received threats after they had spoken to the police.

Humberside Police say they have made multiple arrests, but after seizing 150 devices from suspects did not find enough supporting evidence.

Detective Chief Inspector Rebecca Dickinson told Sky News: “With 34 arrests, we seized over 150 electronic devices, and those devices consisted of mobile phones, sim cards, iPads, tower computers, anything with that digital footprint was seized and examined, within the force and through external agencies.

However, DCI Dickinson accepted that because criminals sometimes have multiple devices and allegedly used Snapchat to intimidate the young women, some of the evidence may not be obtainable.

“With Snapchat, it’s instant, isn’t it? It’s there and it’s gone,” the senior officer said.

She added: “Getting something to court, as I’m sure you’re aware, is not easy. We’ve got to get through the evidential threshold first of all.

“Actually, it’s harder for us when we don’t get that decision.

“So ‘have we done every line of inquiry that we can?’ Yes. I’m confident that we have.”

DCI Dickinson said she was “disappointed and upset for the girls” that they could not get the evidence they needed.

“They’ve lived through some horrific offences, and they’ve put their trust in us,” she said.

“For us to deliver that message. It was heart-breaking.”

“If another victim comes forward tomorrow, if we get another piece of evidence tomorrow, we will look at it again.”

After initially suggesting Operation Marksman would not include people trafficked into Hull, Humberside Police later clarified that it would if they were being abused by the same suspects in the same places.

Kate is mistrustful having spoken to police forces about sexual abuse in other areas but she has allowed Sky News to pass on her details to Humberside Police.

She said: “I think I’d need some reassurances, before I spoke to any police again, that I wouldn’t be palmed off as a liar or that I’m insane or that I’m a prostitute.

“I think they’ve got a lot of work to do to gain trust back.

“I get there’s a difficulty with evidence.

“Even with phones, even with the medical exams, it does sometimes come down to ‘he said she said’, but I think I would need more persuading that that’s where they were failing, rather than their mentality towards it.”

Psychologist Jo Wagstaff, who works with groomed young women including one of the alleged victims in Hull, said: “I absolutely believe them. To sit with somebody who describes that level of abuse, you can feel that pain, the hurt, the shame, the blame, the guilt.

“I think unless these cases are taken seriously, we won’t stop this.”

She said: “I know if I stood up in a court of law and I can say this one million percent, if I told my story to a court of law, they’d believe me.

“They would believe me because it’s not something you can just make up.”

The biggest fear for the people of Hull is that if what the young women say is true, it could well still be happening – which is why Sky News will continue to follow this story wherever it takes us next.