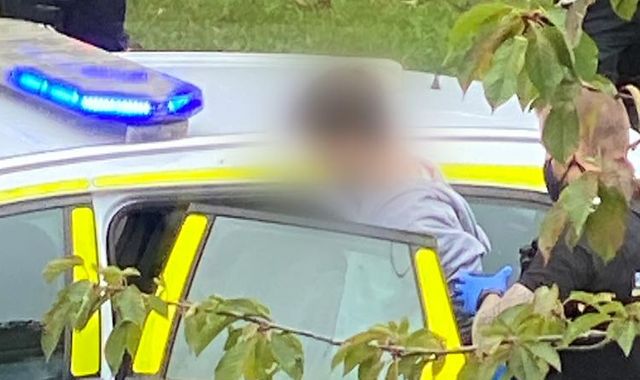 A teenager has been arrested after a 15-year-old boy was seriously injured in a shooting as he made his way to school.

Police were called to the Grange Farm area of Kesgrave in Suffolk at around 8.40am on Monday to reports of a shooting.

Suffolk Constabulary said the victim suffered serious injuries and was airlifted to Addenbrooke’s Hospital in Cambridge, where he is being treated.

The suspect, whose age has not been revealed, was arrested shortly before 11am in Ipswich – around five miles away from the scene.

The teenager is currently being questioned on suspicion of attempted murder.

Police are treating the shooting as an isolated incident, and there is not thought to be a wider threat to the school or local community.

Assistant Chief Constable Rob Jones said: “Understandably, the community in Kesgrave, particularly in the Grange Farm area, will be extremely shocked and concerned. And furthermore, it’s inevitable that parents across Ipswich will be anxious following this morning’s incident.

“I’d like to reassure the public, that our priority is to keep everyone safe and that incidents like this are extremely rare in Suffolk.

“We’ve made an arrest as part of this investigation and we’re currently working with all our partners and with the schools, to ensure that everyone feels safe when they’re collecting their children from school this afternoon and in the days ahead.

“There’ll be more police officers on patrol today, and we’re going to be providing reassure in the area. I would ask anyone with information about this incident, to please come forward.”

Kesgrave High School had earlier confirmed one of its Year 11 students was involved in the incident.

“We have been made aware by the police that there has been a serious incident involving one of our Year 11 students, on their way to school,” the school said in a tweet.

“Students in school are safe and we are managing the situation in constant, close communication with the police.

“Students are to remain in school and will be kept safe in liaison with the police. Police will be present in the area and around the school throughout the school day.

“At the present time we are expecting students to be dismissed at the end of the school day, 3.20pm, as normal.”

Nearby Friends Walk and Through Jollys have been completely closed off and there is a partial closure of Ropes Drive, police said.

Members of the public are asked to avoid these areas.

Any witnesses, or anyone with information about this incident, is asked to contact Suffolk Police on 101 quoting reference CAD 58 of 7 September.