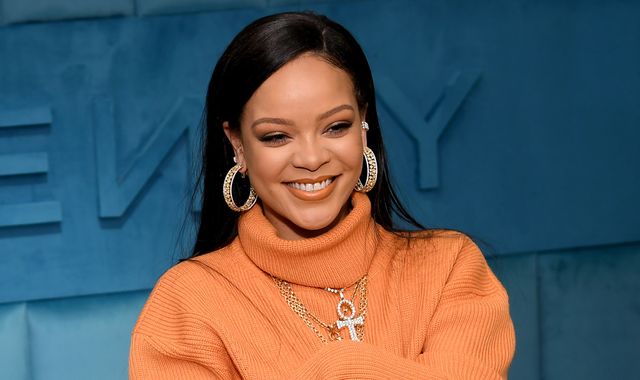 Rihanna has suffered facial injuries after “flipping over” on an electric scooter, according to reports in the US.

It comes after photos emerged of the star with what appeared to be bruising on her face as she sat in a car outside a restaurant in Los Angeles on Friday.

Entertainment websites People and TMZ reported that Rihanna was involved in an accident on an electric scooter.

In a statement to People, the singer’s representative said she was “healing quickly”.

“Rihanna is completely fine now but flipped over on an electric scooter last week and bruised her forehead and face,” the star’s representative was quoted as saying.

“Luckily there were no major injuries and she is healing quickly.”

TMZ said it had been told the injuries looked worse than they were.

Best known for hits including Umbrella, Work, SOS, Only Girl In The World and Rude Boy, Rihanna is one of the biggest pop stars in the world and has also found success with her cosmetics and fashion brand Fenty.

Earlier this year, she made it into the annual Sunday Times Rich List countdown of the UK’s wealthiest musicians, entering at number three now she is based in London – only behind Andrew Lloyd Webber and Paul McCartney, and ahead of the likes of Elton John and Mick Jagger.

Her accident comes after Simon Cowell broke his back while testing an electric bicycle at his home in California in August.

The music mogul, 60, thanked medics after having surgery involving a number of procedures, including the insertion of a metal rod.

He has been replaced by Kelly Clarkson on the judging panel for America’s Got Talent, and UK TV viewers on Saturday night saw Amanda Holden filling in as head judge on Britain’s Got Talent in his absence.

Coronavirus: cases surge across the county

Support package grows for people and business hit by pandemic