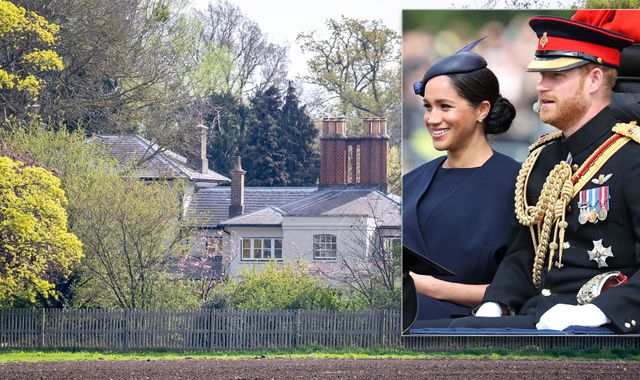 Prince Harry has paid back the £2.4m of taxpayers’ money spent on renovating his UK home at Frogmore Cottage in Windsor.

The Duke of Sussex paid the bill in full by making a contribution to the Sovereign Grant, said his spokesman.

He added: “This contribution, as originally offered by Prince Harry, has fully covered the necessary renovation costs of Frogmore Cottage, a property of Her Majesty The Queen, and will remain the UK residence of The Duke and his family.”

The £2.4m payment was made possible thanks to Harry and Meghan’s new multi-million pound Netflix deal, a source said.

The couple announced they will be producing films and series for the streaming platform, including scripted series, docu-series, documentaries, features and children’s programming.

They agreed to pay back the money for the renovation work as part of the plans drawn up when they quit as senior working royals in March.

Frogmore Cottage, which is owned by the Crown Estate, was a gift from Harry’s grandmother, the Queen.

Harry and Meghan had faced a public backlash when the cost of refurbishing the Grade-II listed property close to Windsor Castle fell to the taxpayer.

In June last year, campaigners called for a parliamentary inquiry to be launched after the £2.4m figure was revealed as part of the annual royal accounts.

Republic, which campaigns for an elected head of state, questioned why the funds had been “thrown” at Meghan and Harry’s residence while public services were under financial pressure.

Graham Smith, from Republic, said on Monday: “Harry should have paid this bill from the outset, rather than expecting the taxpayer to stump up the cash.”

He added: “Harry and Meghan have ended their active involvement in royal duties and now live in the US, yet still expect the British taxpayer to provide them with luxury accommodation, always available for whenever they choose to visit.”

The building in Berkshire underwent major work to turn five properties back into a single residence for the couple and their baby son Archie.

:: Listen to the Behind the Headlines podcast on Apple Podcasts, Google Podcasts, Spotify, Spreaker

At the time, Sir Michael Stevens, keeper of the Privy Purse, who is responsible for monarchy’s accounts, said: “The property had not been the subject of work for some years and had already been earmarked for renovation in line with our responsibility to maintain the condition of the occupied royal palaces estate.

“The Sovereign Grant covered the work undertaken to turn the building into the official residence and home of the Duke and Duchess of Sussex and their new family.”

He went on: “The building was returned to a single residence and outdated infrastructure was replaced to guarantee the long-term future of the property. Substantially all fixtures and fittings were paid for by Their Royal Highnesses.”