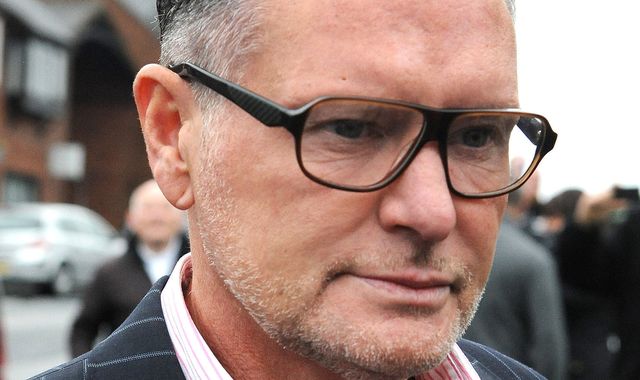 Paul Gascoigne has appealed to thieves who broke into his home and stole around £140,000 of jewellery to return sentimental items that mean “a hell of a lot” to him.

The former England football player, known as Gazza, said that the loss of one item in particular – a watch that had belonged to his late father – was “heart-breaking”.

Speaking to Good Morning Britain from his back garden in Poole, Dorset, he told Piers Morgan and Susanna Reid: “When I signed for Tottenham, I treated myself to an expensive diamond watch and I gave it to my dad as a present.

“I said to him ‘you can have that’ and he was over the moon. He obviously gave me one back that he’d had for a long time and hadn’t wore in a while.

“When he passed away, I gave a lot of stuff to the family to keep a reminder of my dad and this certain stuff that I kept… I was really close to my dad and he had given me them.”

At this point the 53-year-old became emotional, visibly fighting back tears. He later said the incident has left him worried every time he goes out.

Gascoigne went on: “I don’t mind the other stuff, but the sentimental stuff that meant a hell of a lot to me.

“I mean, whoever’s got it, if they want to put them in a bag and leave them somewhere. They don’t have to own up to it. It is heartbreaking.

“When you see people getting robbed, you never really think about it until it happens to you yourself.

“Now that I’m talking about it it’s really hit me you know. Stupid things that don’t mean anything to them but mean a hell of a lot to me.”

The burglary is believed to have taken place while Gascoigne was filming an episode of Piers Morgan’s Life Stories with fellow football player Vinnie Jones.

The pair both played in the 1990s and are now good friends.

Morgan has since said that police believe a tweet he shared, showing Gascoigne sitting in the live studio audience, could have alerted the thieves to the fact the home was empty.

Morgan added a further plea to find the culprits, saying: “It’s very sad for Paul. What kind of person does that? You know what he’s been through the last few years… So if we can find them, that would be great.”

Widely recognised as one of the most talented football players of his generation, Gascoigne has struggled with alcoholism and mental health issues in more recent years.

Dorset Police are investigating the crime and are asking anyone with information to get in touch.