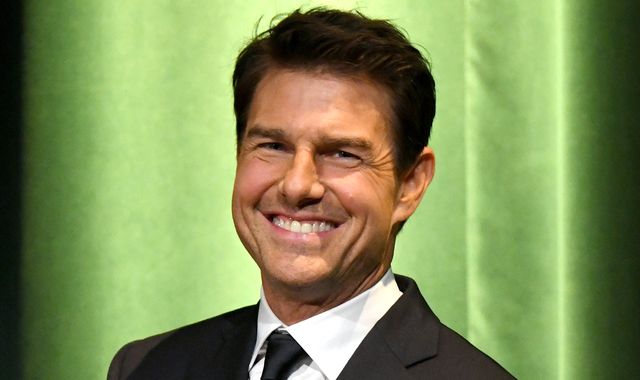 Mission: Impossible 7 has started filming again after seven months on hold due to the coronavirus pandemic.

Director Christopher McQuarrie announced the shoot on Instagram, sharing a photo from the set along with the message: “Action… #MI7 Day 1”

It showed snow-topped mountains and a hazy sky with an imposing ramp built on scaffolding and towering high into the sky.

An unidentified man dressed in black can be seen standing on the flat part of the ramp and gazing out towards its peak, which stops mid-air leaving a sheer drop into the deep valley.

The long ramp is understood to be part of the set up for one of Tom Cruise‘s motorbike stunts in the film.

Cruise plays lead character senior field operations agent Ethan Hunt, and is renowned for doing the majority of his own stunt work.

While the location of the photo isn’t tagged, filming is understood to have resumed in Norway in the More og Romsdal district of the country.

Known as the Romsdalsalpene or Romsdal Alps, the remote mountain range which surrounds the Romsdalen valley has mountains over 1,800m (5,900ft) high.

The next Mission: Impossible instalment is being filmed across Europe, but production was halted when large parts of the continent closed down due to the coronavirus pandemic.

Cruise’s long-running franchise last filmed in February in Venice but has since been in limbo while production companies grapple with social distancing restrictions.

It was feared that any further filming delays could push back the release of the yet-to-be-named action film even further than 2021.

Earlier this month, Tom Cruise reportedly paid around half a million pounds to hire cruise ships to house the production crew in Norway and keep them safe during the shoot.

The first Mission: Impossible film was released in 1996, with the seventh part of the cinematic series due out in cinemas in November 2021.

The last instalment, Mission Impossible: Fallout, was released in 2018 and its lead stars including Cruise, Simon Pegg, Rebecca Ferguson and Vanessa Kirby are all returning for the new chapter.