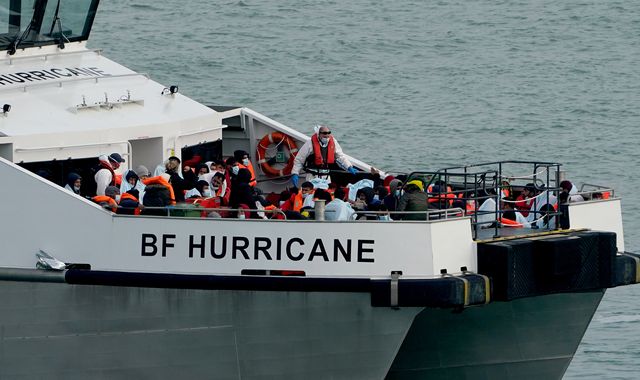 The number of migrants who have crossed the English Channel in small boats this year has doubled the total for all of 2020 – with more than three months left of 2021.

At least 669 migrants reached the UK on Sunday, bringing the total for the year to at least 17,085.

Small boats arrivals in 2021 now stand at more than double the figure for the whole of 2020, when 8,417 people crossed the Dover Strait.

These figures are based on Home Office data obtained and analysed by the PA news agency.

It comes despite repeated vows from the government to make such crossings “unviable” and tens of millions of pounds promised to France to help tackle the issue.

Amnesty International UK criticised “inhumane policies like pushbacks and the criminalisation of refugees” and called for urgent action.

Since the start of last year, more than 25,000 people have risked death crossing to the UK aboard dinghies, kayaks and other small boats.

The Home Office’s Clandestine Channel Threat Commander, Dan O’Mahoney, said it was “a complicated issue”, but the government was “determined to tackle the unacceptable rise in dangerous Channel crossings”.

Despite the sharp rise in small boats arrivals on the south coast, asylum applications in the UK fell in 2020 to 29,456.

This was significantly lower than the 93,475 asylum applications made in France and the 121,955 made in Germany.

The continued crossings come despite the perilous nature of the Dover Strait, one of the world’s busiest shipping lanes.

Since the beginning of 2019, more than a dozen people have died or gone missing while trying to cross to the UK in small boats.

In October last year, a Kurdish-Iranian family, including small children, died when their migrant boat sank off the French coast.

Last month, a 27-year-old man from Eritrea died after he and four others jumped overboard as their boat started to sink.

Steve Valdez-Symonds, Amnesty International UK’s refugee and migrant rights director, said: “We urgently need a new approach to asylum in this country – with inhumane policies like pushbacks and the criminalisation of refugees dropped, and far more done in terms of working with France and others to play a constructive role in assisting people who’ve fled war and persecution.”