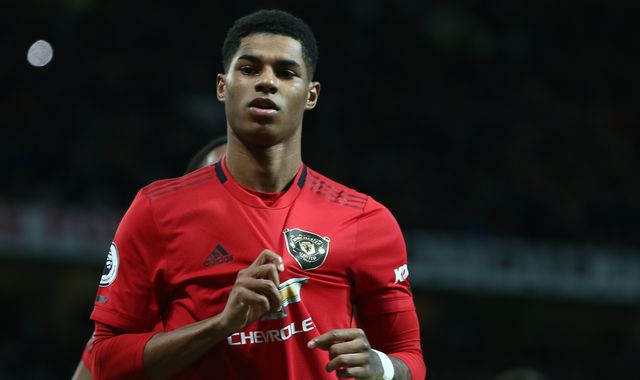 Footballer Marcus Rashford has urged a Conservative MP to “talk to families” experiencing food poverty after comments made on social media.

The Manchester United player, who led a successful campaign to force the government to U-turn and extend free school meals to children from low-income families over the summer holidays, intervened again on the issue.

He sent a message to Kevin Hollinrake, the MP for Thirsk and Malton, on Sunday.

Mr Hollinrake had praised the “extraordinary success” of the “Eat Out to Help Out” scheme, which saw diners save money on meals in a bid to boost restaurants’ recovery after the coronavirus lockdown.

A Twitter user, Bryan Bryant, replied to him saying it had been “warmly welcomed by the hospitality industry”.

But he added: “Whilst we’re discussing food, why does it take footballer Marcus Rashford to make a stand for the hungry children in our society? Is that not the governments job?”

Mr Hollinrake responded that “where they can, it’s a parents job to feed their children”.

Within a few hours, the post caught the attention of Rashford himself.

He sent a message to Mr Hollinrake saying: “I would urge you to talk to families before tweeting.

“To this day I haven’t met one parent who hasn’t wanted or felt the responsibility to feed their children.”

She said: “Wow such ignorance!

“Can you imagine not being able to to feed your child or having to make those sorts of choices for your family.

“Marcus Rashford you are doing such great things.”

The 22-year-old England striker has talked previously about having using a food voucher scheme as a child and earlier this week announced an alliance with the food industry to tackle child food poverty.

It is not the first time Rashford has sparred with a Tory MP.

Work and Pensions Secretary Therese Coffey ignited a row with Rashford in June when she took issue with him asking people to “think about parents who have had their water turned off during lockdown”.