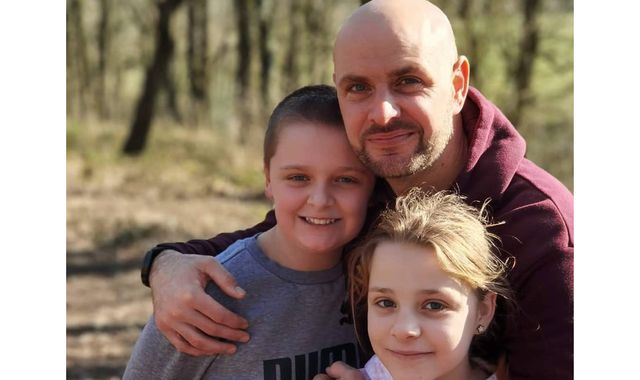 Four people found in a house in Killamarsh died as a result of a “violent attack” at a sleepover, an inquest has heard.

John Paul Bennett, 13, Lacey Bennett, 11, their mother Terri Harris, 35, and Lacey’s friend Connie Gent, 11, were killed at a home in Derbyshire on 19 September.

Damien Bendall, 31, has since been charged with all four murders and has been remanded into custody by a crown court judge.

An inquest, which opened at Chesterfield Coroner’s Court today heard a relative of Bendall had called Dorset Police to say the defendant had sustained a self-inflicted stab wound.

Police officers met Bendall at Chandos Crescent, Killamarsh. and following a conversation entered the house and found the bodies of the four victims.

Area coroner Peter Nieto said the inquest would be suspended until the conclusion of the pending criminal trial.

The coroner said he understood post-mortem examinations had taken place and that early indications were a violent act had caused the deaths.

Adjourning the hearing and suspending the inquests pending criminal proceedings, Mr Nieto said: “Obviously extremely tragic events have occurred and obviously everybody’s thoughts are with the family of the victims.”

The deaths sparked an outpouring of grief and tributes from the local community, with around 30 people attending a vigil the Monday after their deaths.

“I just want to kiss them and hold them. TikTok queen and my beautiful boy, they were beautiful. Kindest people you could ever meet.”