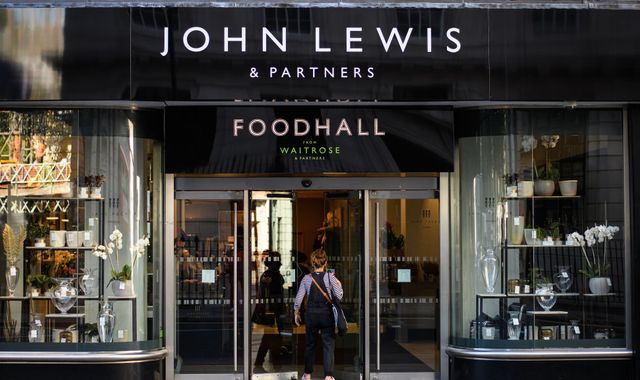 John Lewis has never knowingly been undersold for 95 years. Soon, it may not make that promise

The high-end department store chain John Lewis chain is set to drop its “never knowingly undersold” slogan after nearly 100 years, according to reports.

Dame Sharon White, who became chairman of the John Lewis Partnership last year, told The Sunday Times the move comes as up to 70% of the business’ sales are being made online.

The brand’s slogan had promised to refund the difference if customers purchased one of its products but found it cheaper elsewhere within 28 days.

However, the policy did not match prices with online-only retailers.

The “never knowingly undersold” tagline was first used by the company in 1925.

A John Lewis spokeswoman told Sky News the company has been reviewing the slogan since March.

Dame Sharon told The Sunday Times: “The proposition is important because it signifies being fair to society.

“We’re reviewing it to improve it.”

Dame Sharon, who is one of the most high profile black businesswomen in the country, also said in the interview that she disapproves of the label BAME for black, Asian and minority ethnic people.

She said: “I hate BAME because it feels you’re sort of bringing together lot of very disparate backgrounds. It doesn’t feel meaningful.”

The chairman, who has been forced to close eight of the chain’s 50 stores, believes John Lewis has lost its “mojo” and has plans to put it back on track.

She is planning to upgrade the homeware department and financial services.

Dame Sharon is also talking to developers and investors about partnering to build flats, many of them affordable, on top of existing shops, starting in west London.

The 53-year-old was appointed chairman despite having no retail experience, and is an economist who worked as a civil servant for almost her entire career.

(c) Sky News 2020: John Lewis has never knowingly been undersold for 95 years. Soon, it may not make that promise