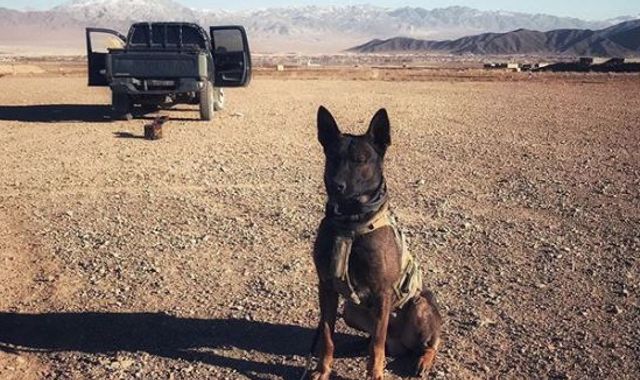 A retired military dog is being awarded the animal equivalent of the Victoria Cross after he was injured saving the lives of British soldiers as they fought off al Qaeda insurgents.

Kuno, a three-year-old Belgian Shepherd, had to have one of his rear paws amputated after he suffered bullet wounds to both back legs during a compound raid in 2019.

As the British troops came under enemy fire, Kuno ran towards one of the gunmen, managing to break the deadlock and change the course of the attack so the soldiers could complete their mission.

The location of the incident has not been disclosed for security reasons, the Ministry of Defence said.

He received emergency treatment from his handler and medics in the back of their helicopter before being flown back to the UK for specialist treatment via RAF plane.

Kuno underwent several operations before becoming the first UK military dog to be fitted with a custom-made prosthetic limb.

After a lengthy programme of rehabilitation, including sessions on a hydrotherapy treadmill, he has been rehomed and is enjoying his retirement.

He is being awarded the PDSA Dickin Medal for valour – considered to be the animal equivalent of the prestigious Victoria Cross bravery medal.

It is named after PDSA’s founder Maria Dickin CBE and has been previously given to 34 dogs, 32 Second World War messenger pigeons, four horses and a cat.

Defence Secretary Ben Wallace praised Kuno, saying: “Without Kuno, the course of this operation could have been very different, and it’s clear he saved the lives of British personnel that day. This particular raid was one of the most significant achievements against al Qaeda in several years.

“Kuno’s story reminds us not only of the dedicated service of our soldiers and military dogs, but also the great care that the UK Armed Forces provide to the animals that serve alongside them.”

PDSA director general Jan McLoughlin described Kuno as “heroic” and said he will be formally presented with his medal later this year.