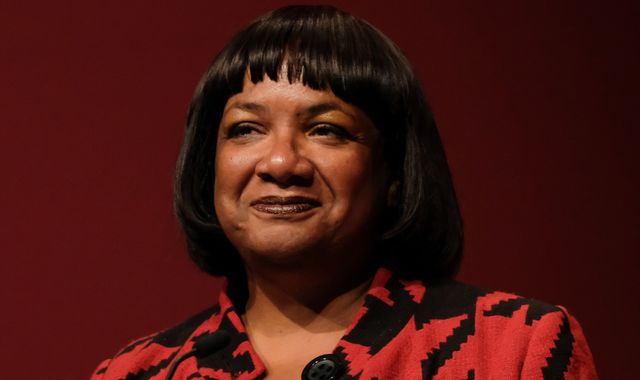 Diane Abbott has revealed she turned down an invite to appear on Strictly Come Dancing because she does not have “natural rhythm”.

The Hackney MP – who was shadow home secretary under Jeremy Corbyn until he stood down as Labour leader earlier this year – said she “couldn’t possibly” have done the show.

Each year, Strictly partners up celebrities with expert dancers to perform set-piece routines – with contestants picked from many different fields such as politics, sport, acting, presenting and comedy.

Ms Abbott was asked when she spoke to Sophy Ridge On Sunday if she had ever been offered to take part in the popular BBC series, which returns with a coronavirus-enforced shorter series next month.

“They have, and I turned them down,” she revealed.

“I couldn’t possibly do it. I think Jacqui’s very brave.”

Asked why she felt she could not do the show, Ms Abbott joked: “Because you’ll be surprised to know I’m not someone with natural rhythm and I didn’t want it exposed to millions of television viewers.”

Ms Abbott also used her appearance on the programme to defend Extinction Rebellion‘s right to protest, following reports the government was considering classifying it as a criminal group.

She said the reported proposal was “ridiculous” because “they are protesters”, likening their “direct action” methods to those used by the suffragettes.

It comes after members of the climate change campaign group blocked the delivery of newspapers outside several printworks over the weekend.

Jacqui Smith will not be the only veteran Labour politician to have gone on Strictly.