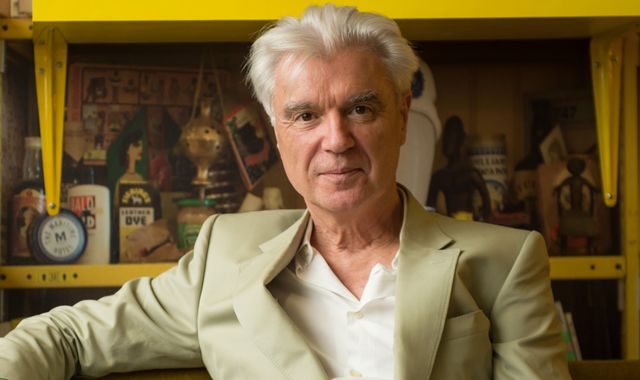 Talking Heads frontman David Byrne has acknowledged “it was a major mistake in judgement” to wear blackface in a video promo in 1984.

The musician shared a statement through several posts on Twitter after the footage resurfaced.

In the clip – a promotional video for the concert film Stop Making Sense – the star plays several characters interviewing himself.

Writing on Twitter, Byrne said he had been reminded about the video by a journalist.

“I’d just about forgotten about this skit and I’m grateful that it has been brought to my attention,” he said.

“To watch myself in the various characters, including black and brown face, I acknowledge it was a major mistake in judgement that showed a lack of real understanding. It’s like looking in a mirror and seeing someone else – you’re not, or were not, the person you thought you were.”

Byrne said that we all “have huge blind spots about ourselves” and added: “Well, I certainly do.”

He continued: “I’d like to think I am beyond making mistakes like this, but clearly at the time I was not. Like I say at the end of our Broadway show American Utopia ‘I need to change too’… and I believe I have changed since then.

“One hopes that folks have the grace and understanding to allow that someone like me, anyone really, can grow and change, and that the past can be examined with honesty and accountability.”

Talking Heads’ hits include Psycho Killer, Once In A Lifetime and Burning Down The House.

Byrne is the latest in a number of stars who have apologised for blackface performances in recent months, including US talk show hosts Jimmy Kimmel and Jimmy Fallon, Ant and Dec, and Little Britain creators Matt Lucas and David Walliams.

Black Lives Matter protests over the deaths of George Floyd in the US in May have brought the issue into the spotlight and led to calls for accountability.

Shows including The Mighty Boosh and League Of Gentlemen have been dropped by Netflix over the use of blackface, and the streaming service removed a scene from an episode of Peep Show.