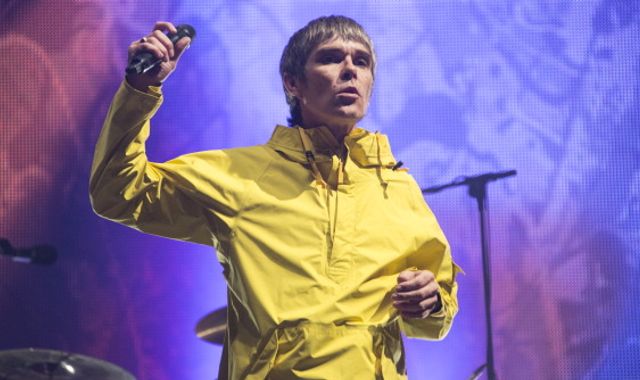 Singer Ian Brown is facing a backlash after one of his tweets appeared to suggest he was against coronavirus vaccines, lockdowns and face masks.

The former Stone Roses frontman, 57, sparked outrage when he posted: “NO LOCKDOWN NO TESTS NO TRACKS NO MASKS NO VAX #researchanddestroy.”

He has not yet elaborated on the post, which received thousands of comments, likes and shares.

The Reverend and The Makers Twitter account posted: “I love Ian Brown so much. Bit gutted he’s tweeted that tbh”.

One of his fans wrote: “Love your music Ian but I am seriously hoping you’ve been hacked.”

Another one commented: “I wish my teen music heroes would stop turning into t***s.”

He posted: “Wear a mask. stay safe. Look after yourself and others #morecambeandwise.”

But there were a number of people who tweeted their support of Brown.

One of them said: “The amount of sheeple in this thread is unreal, the bloke is speaking the truth. 99% of people didn’t wear a mask at its ‘peak’ now everyone is on the bandwagon, you are all about government compliance, get a grip man.”

However, he continued to be criticised by many for using his platform irresponsibly.

One person wrote: “Yeah let’s all die from preventable diseases like it’s the year 1348 [when the Black Death hit].”

DJ Dave Haslam pointed out that fellow musician Toots Hibbert, of the band Toots And The Maytals, was recently placed in intensive care in Jamaica as a result of coronavirus.

Piers Corbyn, the elder brother of former Labour leader Jeremy, was among 11 people told they could be fined £10,000 for organising the march and breaking coronavirus regulations.

A recent poll revealed that only 53% of Britons would be certain or very likely to get a COVID-19 vaccine.

King’s College London and Ipsos Mori researchers, who polled 2,237 people between 16 and 75, blamed “damaging misperceptions” on the low uptake.