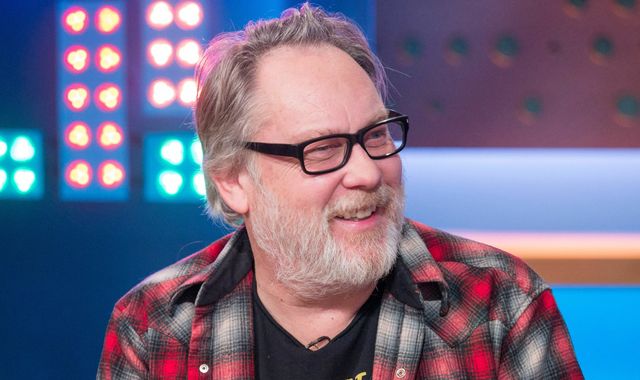 Comedian Vic Reeves has revealed he has a benign brain tumour “the size of a grape” that has left him completely deaf in one ear.

The 62-year-old TV star – whose real name is Jim Moir – said the growth is inoperable.

He told The Adam Buxton Podcast: “I’ve got a vestibular schwannoma – it’s a tumour in my head.

“I’ve gone completely deaf, 100 per cent deaf, in the left ear, and it will never come back.”

He explained the growth is not deadly, but he is receiving medical supervision.

The official NHS website says the tumour usually grows slowly “over many years and does not spread to other parts of the body”.

“It’s benign. They can’t remove it – they can shrink it or they can leave it and keep an eye on it, and that’s what they’re doing,” added Reeves.

“I would rather hear than not, but it’s happened so you just get on with it.”

His hearing loss has impacted his hobbies, such as bird watching, and he has thrown away all his stereo LPs.

He said: “Because I like going out bird watching I never know where the birds are because I can hear them, but I don’t know what direction they’re in.

“If an aeroplane flies over or a car approaches, I don’t know where it is.”

The tumour, he explained, has snapped a nerve that “takes all the information from your ear to your brain”.

“I’m living with deafness. Can you imagine a life without stereo records?” he said.

“All I’ve got left is Frank Ifield on mono.”