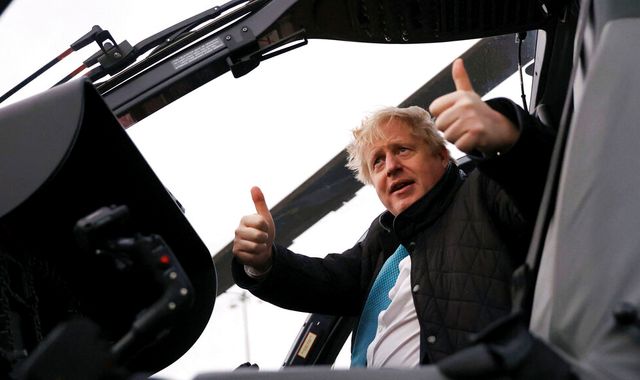 Boris Johnson talks tough on Russia – but does the UK have the military might?

There is no doubting the gravity of the crisis and the need for all NATO allies to be ready to bolster their defences and ability to deter Russian aggression.

But the Kremlin will know that Mr Johnson’s strong language – saying on Sunday that he has “ordered our Armed Forces to prepare to deploy across Europe next week” – rings pretty hollow when looking at the size of Britain’s army, Royal Navy and Royal Air Force, the quantity of modernised warships, tanks and jets and the size of ammunition stockpiles.

Of course, the UK is part of the 30-member NATO alliance, which includes the far larger and more powerful United States.

But it is worth considering – when the British prime minister chooses unilaterally to make a political statement about what the UK can do to help deter Russia – how decades of hollowing out Britain’s defences by successive governments, botched equipment procurement programmes and significant cuts mean that the ability for the UK to project power for a sustained period – while still significant – is limited.

The numbers spell this out pretty starkly.

The full-time trained strength of the Armed Forces in April 2010 was around 177,800 soldiers, sailors, airmen and Royal Marines.

The number now stands at around 137,100 – a drop of some 40,000 personnel – and falling, though there has been a greater emphasis on building up reserve forces.

Ben Wallace, the defence secretary, and his military chiefs stress that military power is no longer simply about mass given advances in technology, including cyber and artificial intelligence.

They are right in the sense that a modern soldier, fitted with state-of-the art communications equipment and weapons, is far more lethal than his or her counterpart from even just a decade ago.

More on this story:
Putin’s oligarchs will have ‘nowhere to hide’
Ukrainians swap practical tips amid fears of Russian invasion

And there are plans for the UK’s armed forces to transform to be able to fight in the digital age – but this is a work in process.

In the interim, Britain’s soldiers – who would form the bulk of any new British deployment to eastern Europe – in particular are still largely operating on outdated kit.

(c) Sky News 2022: Boris Johnson talks tough on Russia – but does the UK have the military might?