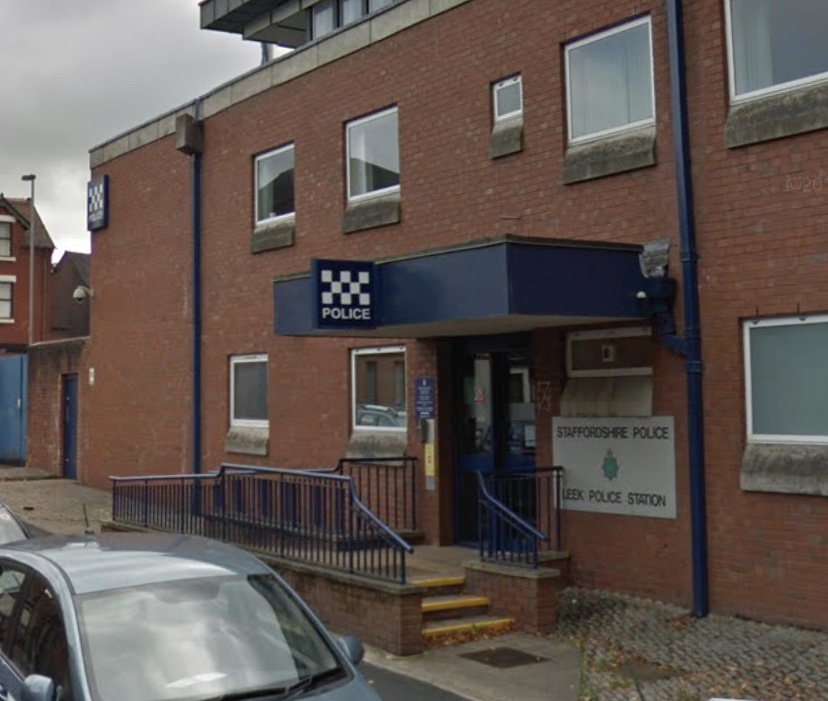 Leek Police Station on Fountain Street Leek was surrounded by a police cordon as bomb disposal teams arrived on the scene.

A suspected historic military explosive was brought to the police station by a member of the public.

The explosive ordinance disposal team confirmed the device is safe.

A spokesperson for the Staffordshire Moorlands Policing team said

“The Explosive Ordinance Disposal (EOD) team have been at Leek police station on Fountain Street this afternoon (Thursday 1 October) after a suspected historic military shell was brought into the yard of the station.

The item had been found in a garage and brought to the station by a member of the public.

A cordon was set up as a precaution but the EOD have confirmed that the item is safe.

We remind people that if they find anything similar during house clearances then please leave it where it is and call the police.”