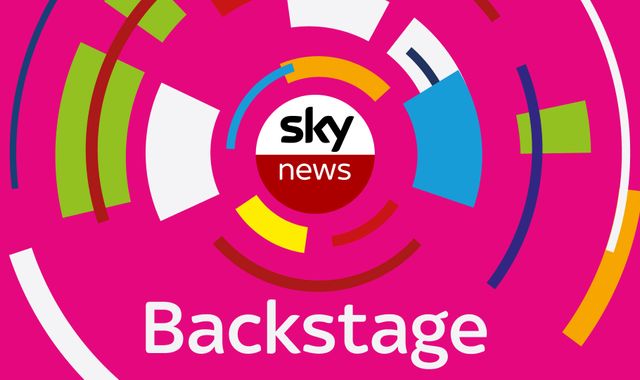 It’s not the biggest week for new releases but the Backstage crew rise to the challenge with this new episode that includes Idris Elba interview clips, an explanation of what’s going on with cinemas at the moment, and a discussion about sharks. Yes, really.

Cursed is Netflix’s new retelling of the sword in the stone legend, and while Stevie has a lot of love for its star Katherine Langford, the show itself isn’t getting such favourable reviews.

Idris Elba’s semi-autobiographical comedy In The Long Run is back on Sky One and while Katie and Claire insist it’s a sweet, gentle rom-com, it’s the only show that Stevie has ever seemingly ditched after the first episode. Find out what Idris and his co-star Bill Bailey have to say about The Wire actor taking on the comedic role, plus there’s a little treat for fans of Luther.

A celebration of all things shark is happening on National Geographic and the team ponder whether the over-the-top narration is strictly necessary and why sharks are seen as such villains on TV and in films.

There’s rumblings from the United States that summer blockbuster Tenet will be pushed back again – find out why what’s going on in the US and China is very bad for the cinema industry here.

Finally, there’s a little teaser for Palm Springs, a film so new it doesn’t have a UK release date yet, and Peacock – the new streaming service from NBC Universal that’s launched in America with a series that’s got Stevie all hot and bothered.

Please do subscribe if you like what you hear and do get in touch using backstage@sky.uk – we love emails!