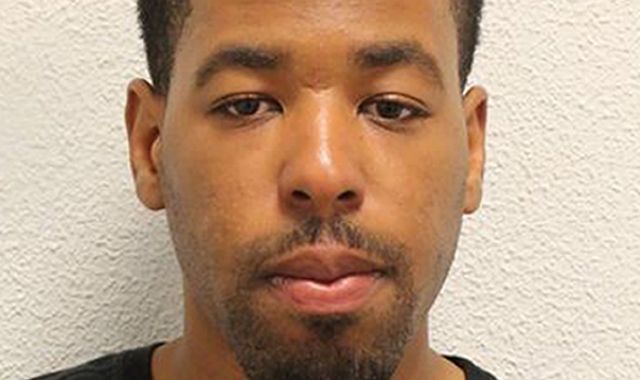 A 26-year-old man has been jailed for the “ferocious” killing of his heavily pregnant ex-girlfriend and their baby during a jealous rage.

Aaron McKenzie, from Peckham, south London, was given a life sentence with a minimum term of 35 years for the murder of Kelly-Mary Fauvrelle, also aged 26, and a further 20 years for the manslaughter of their unborn child, Riley.

McKenzie was also given three years for possession of a knife – with all the sentences to run simultaneously.

The court heard on Friday how the crane operator had broken into Ms Fauvrelle’s home in Thornton Heath in the early hours of 29 June last year, before stabbing her 21 times as she slept in her bed.

Her family, who lived in the same property, awoke “to the noise of her screams,” Judge Mark Lucraft QC said as he handed down the sentence for the “ferocious” attack.

“It’s clear from all the evidence this was the most vicious and deliberate killing,” he added, before noting that it came as a “cowardly” response to the victim saying she wanted nothing more to do with her former partner.

The couple’s relationship is said to have ended early last year, with Ms Fauvrelle, who was 33 weeks pregnant at the time of the attack, telling her ex-boyfriend he needed professional help.

She messaged him: “Until u get the fact I don’t want to be with you anymore…I will no longer speak or see you unless is about the baby.”

Their son, Riley, was delivered by caesarean section shortly after the attack, but died four days later.

The jury took less than three hours to find McKenzie guilty on Friday, and the killer gave the judge a thumbs up as he was sent down.

Prosecutor Duncan Penny QC said McKenzie had initially pretended he had nothing to do with the murder, and had even gone to the hospital after the attack “posing as a victim”.

He is said to have lied to police, and failed to tell them he had spent more than hour before the murder accessing and reading Ms Fauvrelle’s emails.

When he was later arrested, he wrote a confession saying the attack was “definitely not planned”, that he didn’t know what came over him, and that he had been feeling “anxious and depressed”.

He also said he had experienced “evil thoughts and anger”.

McKenzie eventually rescinded this confession and reverted to his original plea, and claimed a man called Mike had killed the Royal Mail worker.

Ms Fauvrelle’s family wept in court as the sentence was handed down, with one shouting at McKenzie: “Yes. I hope you have a good time in jail. Baby killer.”

Her sister Melissa said in a victim impact statement that the killing had been “an act of pure evil” against her selfless and caring sibling, who had a “pure heart”.

He added: “My heart physically aches but those words do not feel sufficient.

“A baby comes into this world defenceless and it’s up to his mother and father to love and protect him and give him the world.

“Instead, his father took away his world.”

Detective Chief Inspector Mick Norman said the Fauvrelle family had been “devastated”, and added that he found it “pertinent” that the trial started on the anniversary of the incident.

He said: “This has been a harrowing and distressing case for all concerned.

“My thoughts are with Kelly-Mary’s family, who have suffered immeasurable loss and been put through the agony of a trial.

“Their future with Kelly-Mary and Riley was so cruelly taken from them, and it is fitting that McKenzie’s future has today been taken from him.”