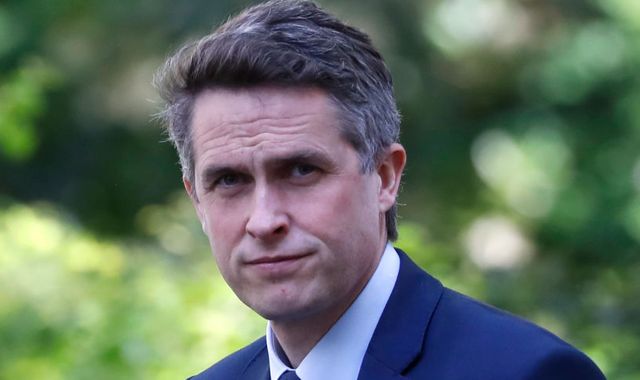 The education secretary has defended going on holiday a week before the A-level exams controversy.

Gavin Williamson cancelled a key meeting to go on holiday in Scarborough – days before teenagers received their results, according to The Sunday Times.

In a message posted on Twitter, Mr Williamson defended the trip, writing: “I cancelled our family holiday abroad this year to focus on the challenges COVID-19 created for the education sector.

“Over the summer, I went to see family in Scarborough for the first time since lockdown, and while there I was in constant communication with the department.”

It comes after education minister Gillian Keegan was criticised for sharing photos of herself in France as the results fiasco unfolded.

Mr Williamson liked several of the pictures, The Mail on Sunday reported.

The education secretary has resisted calls to resign over a controversial algorithm that was initially used to grade A-level pupils whose exams were cancelled due to the coronavirus pandemic.

When the results were released it was revealed that nearly 40% of A-level marks had been downgraded in England.

It was eventually scrapped in favour of teacher-assessed grades, with Mr Williamson telling Sky News earlier this week he was “incredibly sorry for the distress” the row had caused.

He said up until A-level results day he had “every confidence” the algorithm would not penalise disadvantaged students.

Amid the controversy, the prime minister has been on holiday in Scotland.

On the day A-level results were released, Boris Johnson had given his full endorsement to the algorithm.

He said: “Let’s be in no doubt about it – the exam results we’ve got today are robust, they’re good, they’re dependable for employers.”

Mr Johnson and his fiancee Carrie Symonds have cut short their holiday after pictures of their cottage were published.

A government source confirmed to the PA news agency that the Prime Minister has returned from Scotland.